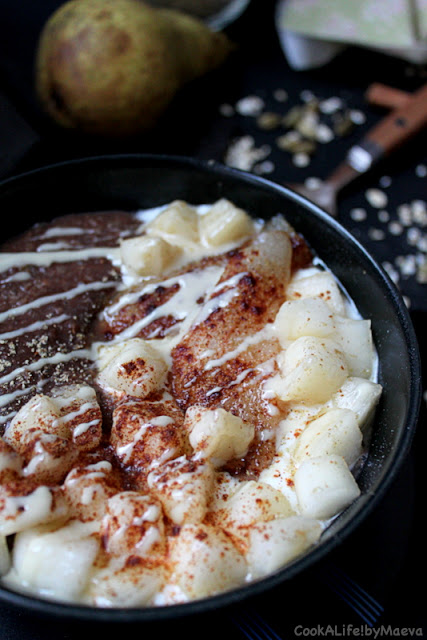 Today, I wanted to publish a new breakfast recipe - or to enjoy as healthy snack if you divide the quantities in half. If you are in a hurry in the morning, don't worry, you can still have a lovely porridge because it will be ready in 10 minutes only! Isn't it nice to sit and enjoy a healthy but yummy comforting, warm and seasonal bowl, that will fill you until lunch, especially in Winter before going out and facing a freezing weather?!


As for the previous porridges I published before, you can adjust the recipe according to your taste, whether you like it more or less thick or liquid, if it's the first time, try the recipe and feel free to adjust the quantity of water/milk and cereal flakes next time. You can also adjust the quantity of the flakes and garnish if you're a smaller and bigger eater. And don't hesitate to vary the flakes, I often use part oats and part buckwheat, bran, quinoa, rice, spelt, etc. They all have different taste and texture. Here I used buckwheat because I think it goes so well with pear and cocoa.

This porridge has become of my favorite during Fall and Winter, I like the comfort of cocoa, the sweetness of the pear and the spices that come season the bowl. I sometimes add some yoghurt as I did on the pictures to contrast with the cocoa. Some other times, I use banana instead of the pear and it makes a different porridge from the banana bread version I published here a few months ago.


I slightly prefer raw pear that is more acid and I also like to vary using a roasted pear or half a pear. You'll just need a little more time to prepare it, then it's sweeter and less acid, you can chose which version you prefer or use both if you can decide.


Don't hesitate to try the recipe and tell me which version you preferred and how you personalized this porridge if you try it, don't forget to send me a little picture that I can share on my social networks 😉


If you like pear too, I have plenty of other recipes on the blog, this is one of my favorite Winter fruit! You'll find other breakfast ideas or pear/chocolate or cocoa associations. 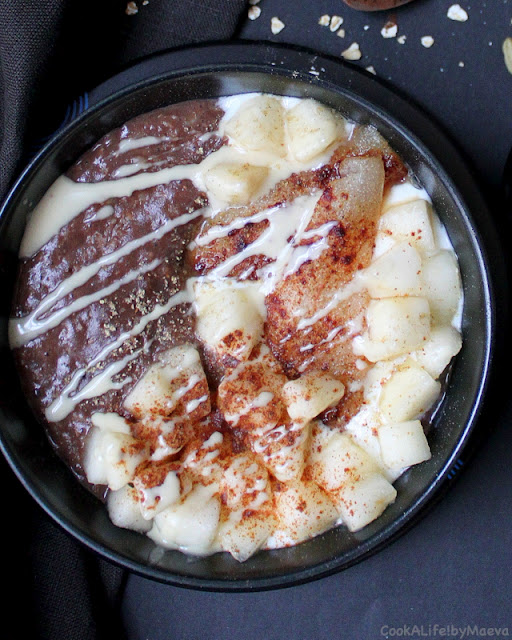 
--> If you realize one of my recipes, do not hesitate to send me a photo that I can share on my Facebook page or tag me on Instagram with  #cookalife and @cookalife_bymaeva! You can also share your opinion on tried recipes you have pinned in Pinterest. 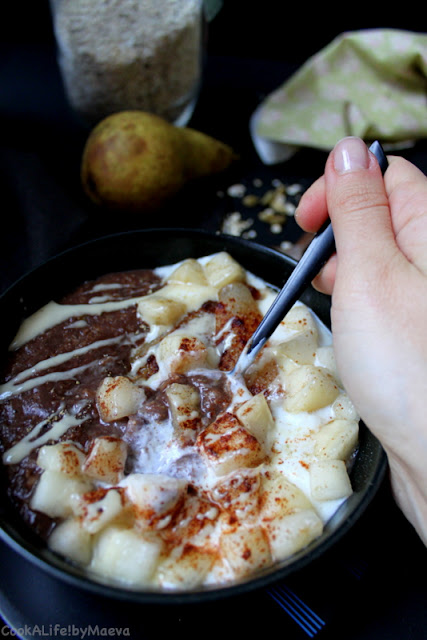 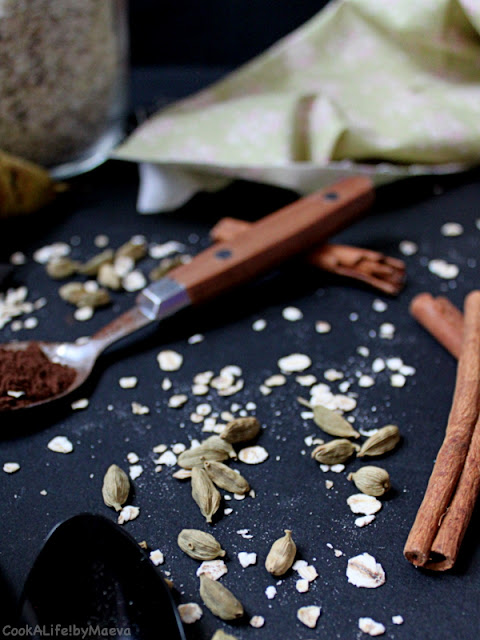 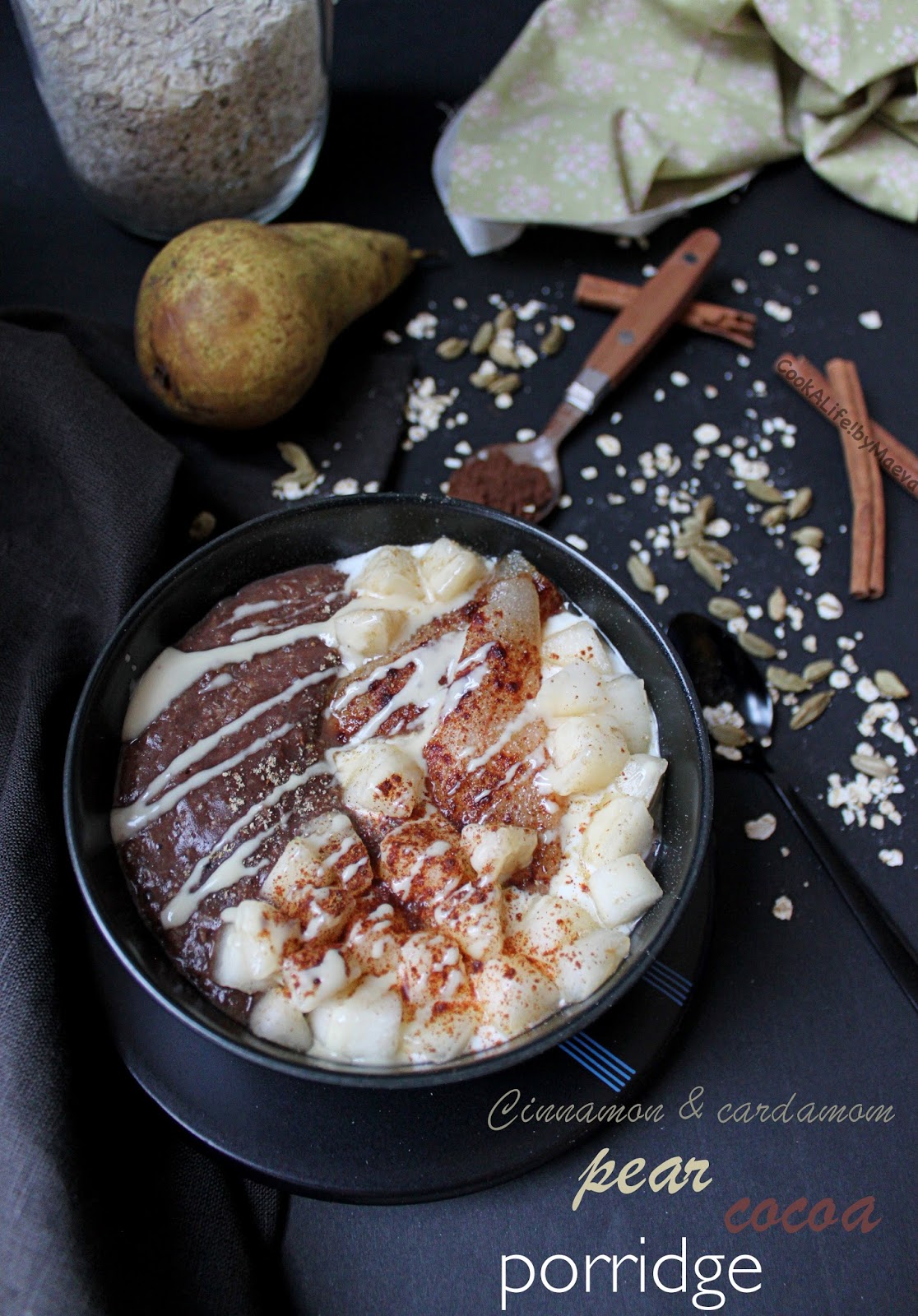 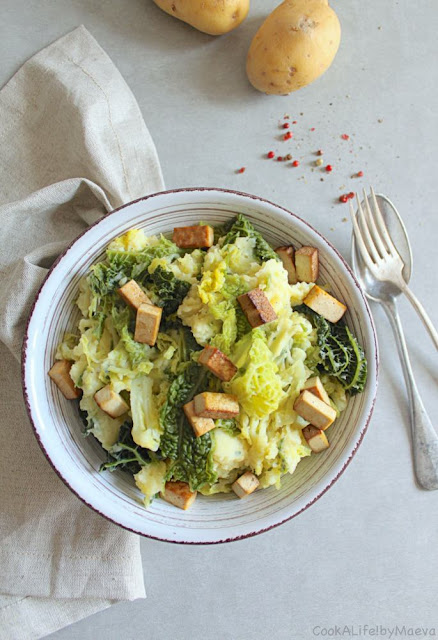